Cultures and societies deal with existential challenges in different ways in view of their respective experiences, abilities and opportunities. In recent years, uprisings and civil wars, natural and nuclear disasters, the massive upheavals on the global financial markets and the refugee crisis have made it clear that one of the requirements of today’s society is to react flexibly to changes, to test new forms of knowledge and design and in this way to secure one’s own existence. Even if the framework conditions have changed, this phenomenon (as such) is by no means new: in the course of history there have always been times when the familiar order seemed to be out of balance in a special way.

The research group, in its first funding period (01.07.2016-30.06.2019) consisting of representatives of medieval studies (from the disciplines of history, legal history and German studies) and sociology, started at this point. By deliberately crossing epochal and disciplinary boundaries, it focused on the question of what enables actors and social units to react productively to upheavals or challenges that threaten their existence (see in detail the interview by Lukas Clemens and Martin Endreß in UniJournal, pp. 20-24).

A particularly suitable field of observation for an analysis oriented towards constellations of upheaval is the period from about 1250 onwards, the Late Middle Ages, in which different experiences of corruption were combined with an expansion of options for thought and action. The demographic, economic-social, political, ecclesiastical, religious and cultural upheavals, which occurred at different times and regions, are understood as phenomena of Europe-wide change. In contrast to this pattern of interpretation, more recent research, which —particularly in the course of the investigation of climatic conditions— is trying to reassess them, is on the other hand devoting more attention to contemporary perception and emphasising the adaptation measures of the centuries after 1250 in religion, politics, the economy and society.

The starting point of the research group in the first funding period was the assumption that the concept of resilience, which in the face of a presence marked by upheavals and interpreted as particularly crisis-ridden makes a ‘career’ in scientific discourse and social debates, is particularly interesting for a comparison with the centuries after ca. 1250, generally labelled the Late Middle Ages and the beginning of the early modern era. In doing so, the research group intended to expand the analytical potential of the resilience concept (with its focus on disruptive events and situations of upheaval) to a historically comparative perspective by using cross-epoch studies of the period from ca. 1250 to ca. 1600 and thus open up innovative, forward-looking perspectives for the participating subjects.

The aim of the research group in the first funding period was to develop typologies in an innovative and so far unique way in order to record the processes of resilience, their duration, their temporal stratification, the options for action of the actors involved (their resilience strategies and dispositions) and the ideal and material resources that were used in these processes.

The investigations in the projects followed three overarching guiding questions:

Insights into the cross-project benefits

For the work of the research group in the first funding period, it can be summarised that the resilience analysis was identified as an extremely rich and productive heuristic for the investigation of non-linear socio-historical processes and was (further) developed in interdisciplinary cooperation between medieval studies and sociology. The focus was in particular on the transfer of socio-ecological models of resilience to socio-historical constellations and their proven value for the empirical projects of the research group.

In terms of the analytical benefits as well as the challenges identified in the process, which will be addressed and dealt with in the second funding period, the following can be summarised: 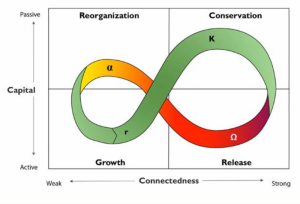