The project develops a new paradigm for apprehending the criminal persecution of witchcraft and so called fornication (15th–17th c.), using the concept of resilience established and further elaborated by the research group. In this way, the project challenges current paradigms based on the indistinct notion of “crisis”. The project scrutinizes resilience as a set of nonlinear processes including both continuity and discontinuity; it addresses the socially constructed nature of deviance and crime, and takes into account the multi-leveled dynamics skepticism and acceptance bound up with their persecution. The concept of resilience serves as a heuristic tool to develop new trans-epochal understandings about the centuries between 1400 and 1700, which were characterized by phenomena of disruptive change. Our thesis is that criminal justice served as a strategy of resilience on three operational levels (ruling authorities; individuals/groups of the populace; experts), partly implicitly, partly explicitly or on purpose. Contemporary concepts of witchcraft fueled a political demonology, which may be labeled as a social constructive introspection. Political demonology helped in coming to terms with disruptive phenomena and provided instructions and legitimization for criminal proceedings. The project’s main working hypothesis is that the persecution of witchcraft and fornication served as resources of resilience in the resilience strategy of “criminal justice”. These resources could be tapped, employed and expleted and should be conceived of as neutral in terms of normativity. Prosecutions of witchcraft and fornication were interlinked on three levels: (1) charges of debauchery were embedded in the charges of witchcraft; (2) accusations of fornication could end up in witchcraft trials; (3) authorities, mostly supported by individuals or groups of the populace, persecuted both witchcraft and fornication, either simultaneously or alternately. On different operational levels, authorities (top down) and the populace (bottom up) utilized criminal trials against witchcraft and fornication as resources of resilience. The self-conception, identity, and habitus of the authorities (nobles, city magistrates) played vital roles as dispositions of resilience. Geographically, the project concentrates on territories in the western parts of the Old Reich, neighbored by France and the Spanish Netherlands. Different languages and juridical traditions characterized this area, highly fragmented politically and divided in several dioceses. These territories saw severe witch hunts, especially in the Eifel-Ardennes region. The outstanding tradition of source material allows a multi-perspectival approach. 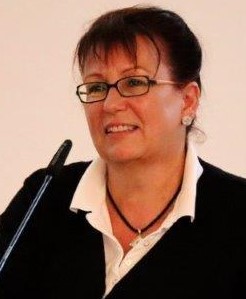